You are here: Blog / Top 5: Speakers on the Thatcher Era

Top 5: Speakers on the Thatcher Era

Following the passing of Baroness Thatcher last week, there’s been plenty of debate about both her and her time as PM. Now, the blog of an entertainment agency is no place to discuss the relative merits of privatisation or big bang economics... but that’s not to say that an event isn’t – especially when speakers are involved.

So with that in mind, we’ve put together a list of experts on the era who could talk Thatcherism and the 80s far more eloquently than we humble entertainment-folk... read on for more.

Portillo began his political career under Thatcher as a government adviser after the Conservative victory in 1979 and was a firm admirer of the former Prime Minister throughout his life in politics. Though he’s still closely associated with the John Major government of the 90s (as well as his shock defeat in the 1997 general election) Thatcher’s impact on Portillo as a polititian as well as his subsequent career as a broadcaster make him an excellent choice to speak on Thatcherism. 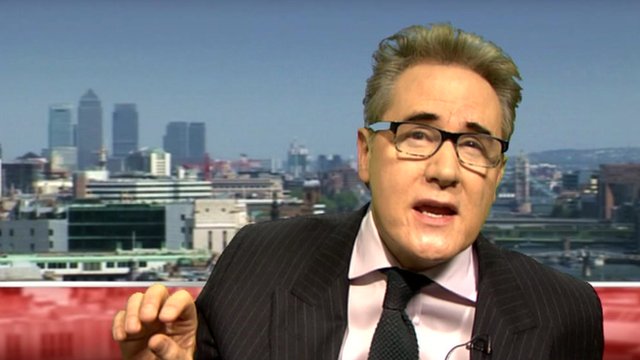 Author, broadcaster and management consultant Peter York made a name for himself in the 80s as author of Harper and Queens Official Sloane Ranger Handbook and its companion The Official Sloane Ranger Diary. As Style Editor of Harper and Queens throughout the decade, York was instrumental in identifying and popularising the Sloane Ranger phenomenon. He has since gone on to write and broadcast for a number of outlets and even wrote and presented a six part BBC Series Peter York’s 1980s.

British Army Veteran and Charity campaigner Simon Weston was tragically injured after his regiment was bombed during the Falklands War. Since returning home, Weston has worked tirelessly for a number of charities, raising money for Children’s burns units and people living with disfigurements, as well as appearing regularly on TV and radio. Weston’s courage and strength in adversity make him an inspiring speaker choice and his insight into the Falklands make him well suited to talk about the era. Geldof and Thatcher had their share of run ins during the 80s with Geldof famously standing up to the PM on the issue of waiving VAT on the Band Aid single and her stance on Africa live on Television. If anyone is qualified to talk about what it’s like to weather her ‘gimlet stare’, it’s probably Sir Bob who’s uniquely placed to discuss not just Thatcher, but the 80s as a decade.

Channel 4’s satirical puppet show Spitting Image enjoyed a strange symbiotic relationship with the government – Thatcher gave the show plenty of material to work with, particularly impressionist Steve Nallon who’s spot on impersonation of the Iron Lady is inextricably linked with the Thatcher government. Outside of Spitting Image, Steve has written two documentaries and a spoof biography on Thatcher so guests are guaranteed a witty, knowledgeable take on the era.

For more information on booking speakers for corporate events, head over to our contact page and get in touch.