You are here: Blog / Before They Were Famous: 5 Comedians’ Former Jobs

Before They Were Famous: 5 Comedians’ Former Jobs

Last week we shared some Tips for booking a Stand-Up Comedian for a corporate event. It was a great blog – maybe open it in another tab, read it now and come back to this later? Finished? That was fast.

In the blog, we discussed comedians using their real life experience to influence their material and make it relevant to the event. “But which comedians...” you ask “have such real life experience?” Well lots – too many to list in fact – but kind folks that we are here at Sternberg Clarke, we thought we’d list a few of the most famous examples of Comedians’ jobs before they made it big.

Terrifyingly tall stand-up comic and proud owner of a Sternberg Clarke website profile page, Greg Davies found fame as a member of sketch troupe We Are Klang for which he was nominated for three Chortle awards, but for many he’ll be best known as Mr Gilbert from Channel 4’s Inbetweeners. Fitting considering he started out as a “rubbish” secondary school drama teacher, a job in which he worked for 13 years. Davies was able to draw on his experience as an educator in The Inbetweeners and even has a few teaching anecdotes crop up in his act.

Should you, blog reader, ever suffer an injury or illness and have to be taken to hospital for treatment – touch wood – should that happen, who would be the worst person to walk into the examination room? “The man that presents You’ve Been Framed” you might say and we’d say “Wrong, he was a practicing Doctor who remains on the General Medical Council's list of Registered Medical Practitioners” And you’ve made a fool of yourself. Hill’s surreal, playful brand of humour might not seem to take much from his time in the medical profession but his recently released Doctor Doctor Joke App shows there’s still a trace of his former life in his comedy.

Those who’ve had a chance to catch Tom Binns’ hilarious Hospital Radio DJ Ivan Brackenbury might already suspect there’s a hint of real life behind the bumbling record spinner and they’d be right to – Binns appeared both in and out of character on Xfm, Radio 1, Virgin, BRMB and GLR. Brackenbury’s hilariously tone-deaf music choices and grating sound effects could only have come from years spent toiling in front of a sound desk. No word yet on whether Binns had a secret life as a Spirit Medium before creating his latest character Ian D Montfort.

Many performers like to wax lyrical about their humble roots, but few spent their pre-fame days “getting up at 4.30 in the morning, pulling fish up a hill in the pouring rain”. Mickey Flannigan’s journey from Fish Porter at Old Billingsgate Market to olive-oil dipping, candle-bath-having comedy star has been described as “social history in microcosm” and his bemusement at his own ascent inspires a great deal of his act. 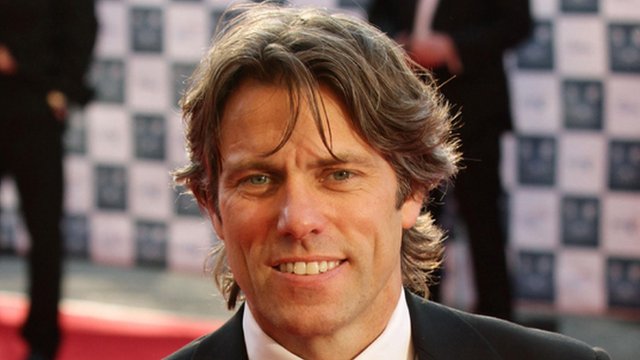 Bishop’s befuddled everyman shtick has made him a household name with a BBC One show Bishop’s Britain and a slot as team captain on Sky One panel show A League of Their Own. It’s hard to imagine him selling pharmaceuticals – but that’s like, exactly what he did. ‘I feel like I’ve nicked somebody else’s life.’ Said Bishop ‘Somewhere, there’s a sales rep going, “Haven’t I got a gig tonight?”’ a quote about which I will endeavour to not make a Scouse joke. No Siree.

For more information on booking comedians for corporate events or private functions, head over to our contact page and get in touch.