For one reason or another, everyone’s looking back at the 80s these last few days. But rather than talking milk, miners and privatisation – our thoughts drifted, naturally, to entertainment at corporate events. Nostalgia’s always a powerful thing to explore in any event and tapping into people’s memories with entertainment can create strong ties to products, brands or places.

So to get you started, we’re going all "I Heart the 80s" talking-head show and offering up our Top 5 80s Entertainment Ideas, read on for more... 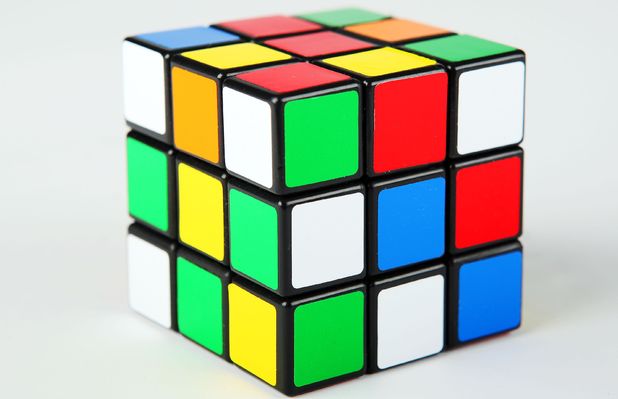 Back in the 80s, you couldn’t walk down the street without bumping into someone attempting to solve a Rubik’s cube in a shell-suit listening to Jason Donovan cassettes on a Walkman. Or at least that’s what I’m told. Naturally, the sight of a man solving a Rubik’s cube in under 10 seconds would have been denounced as some form of Witchcraft, for which the Cube-Witch would have been ceremonially smothered with a Cabbage Patch Doll. These days, with our sophisticated modern minds, such a sight would be commonplace at corporate events, where a strolling cube-solver can move around the venue challenging guests and showing off his skills.

Back in the 80s, you couldn’t walk down the street without bumping into someone on a BMX, no doubt in the middle of some kind of ‘rad’ jump and/or stunt. Naturally, the sight of someone performing a series of such rad stunts on a specially built frame at a corporate event would have been denounced as witchcraft and the performer would have been ceremonially forced to drink Tab laced with arsenic. These days, BMX stunt riders can perform as part of a dazzling stage show or situated around a venue, provided there’s space.

Back in the 80s... I’ll stop that now. Despite its ambivalent critical reception at the Time, Disney’s Tron has since achieved cult status thanks to its state of the art (for the time) effects and quintessentially 80s art design. Thanks to a sequel a few years back as well as an honest-to-goodness internet meme, the movie has never been far from people’s minds. Taking inspiration from the movie’s neon costumes and special effects, Japanese dance team The Wrecking Crew Orchestra perform tightly synchronised dance routines to 80s infused electronic tunes – perfect for capturing the decade’s obsession with technology and the future that I have decided the decade had.

As we might have covered in a previous blog, there’s no shortage of great tribute acts out there and many of those acts make their living paying tribute to the chart toppers of the 80s. But for the full 80s experience, you can’t go wrong with function band Pastiche and their 80s show. Taking in floor fillers from Wham, Soft Cell, Tina Turner and more, the band’s genre-hopping celebration of the decade is bound to please anyone who lived through it... and even some that didn’t. Take a listen to the band in action here... you don’t even have to wait for a tape to be sent through the post - precisely the kind of thing that would have been denounced as witchcraft back in the 80s and etcetera.

We covered a few of these in our post on Interactive Entertainment ideas, but nothing quite brings out the inner child in event guests like giving them a chance to fiddle with the toys of their youth at the same time as drinking alcohol like grownups. Beloved childhood favourites like Giant Scalextric and Giant Operation are given new life by the virtue of now being ‘Giant’ - but if 'giantness' isn't enough, guests can also experience a literal blast from the past with a selection of classic video game arcade cabinets from the era.

For more 80s themed entertainment ideas at corporate events or private parties, head over to our contact page and get in touch.